Boeing Commercial Airplanes president and CEO Stan Deal said: “"Our Boeing team has taken the most successful twin-aisle jet of all time and made it even more efficient, more capable and more comfortable for all.

"Today's safe first flight of the 777X is a tribute to the years of hard work and dedication from our teammates, our suppliers and our community partners in Washington state and across the globe."

Boeing says it expects to deliver the first 777X next year. The aircraft so far has won 340 orders and commitments from carriers including ANA, British Airways, Cathay Pacific, Emirates, Etihad, Lufthansa, Qatar Airways and Singapore Airlines.

Notable for its foldable wing, the aircraft is claimed to deliver 10% lower fuel use and emissions and 10% lower operating costs than the competition. It is powered by the all-new and advanced GE9X engine from GE Aviation.

■ The 777X will be one topic for discussion at the next Aviation Club lunch in London on 6 February with FAA administrator Steve Dickson as guest speaker (see this issue). 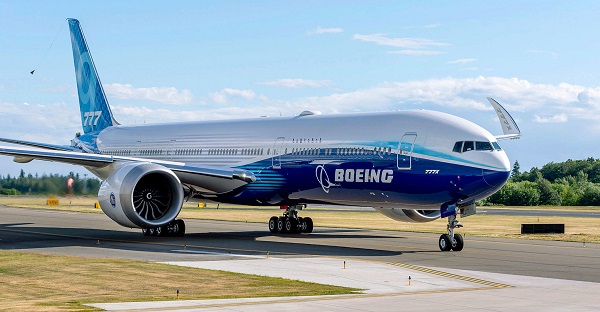