Curio No 4 heads for London

A fourth London property for Hilton’s Curio brand opens next month with the arrival of the 126-room Hart Shoreditch near Old Street station in the east of the capital and named for the building’s previous cabinetmaker occupants, the Harts.

Features include what the company calls “simplistic, modern furnishings” plus a fitness centre, Mediterranean-themed restaurant, a deli and bar. There are three meeting spaces and guests are also promised a nightclub set to open shortly.

The three other Curio by Hilton properties in London are 100 Queen’s Gate, formerly the DoubleTree by Hilton London Kensington, The Trafalgar St James London, and Lincoln Plaza London.

Other hotels in the pipeline for the brand portfolio include a Curio property provisionally called The London Gantry in Stratford, also in east London, and another as yet unnamed development near St Paul’s Cathedral.

"The hotel itself really is one-of-a-kind, with a design that acts as a celebration of the local area and its rich heritage; so we hope that our appreciation of great craftsmanship shows through.” 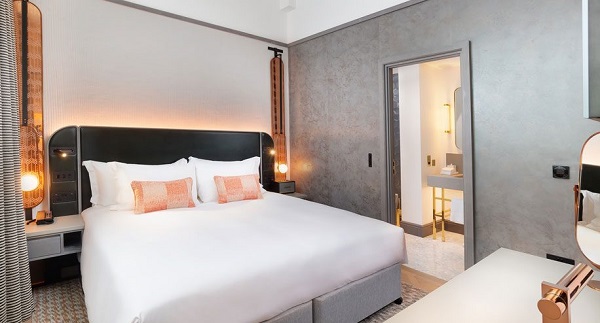