Alitalia has only six months

A €400m (£339m) loan last week from the Italian government to Alitalia will be the last, the carrier has been told. Industry minister Stefano Patuanelli said there would be no more state intervention and the airline could close by mid-2020 if it fails to find a buyer. 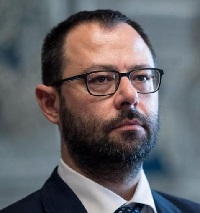 The latest handout followed a €900m (£760m) bailout in 2017, with Patuanelli saying, “We have six months to save Alitalia. The goal is to close a deal within half a year, with the expiry of the mandate of the commissioner. Otherwise, it shuts down.”

FS had been attempting to form a consortium to save Alitalia, but said it had given up after failing to find investors willing to meet the conditions, which included having a leading airline play a part in the rescue.

Alitalia flew just 22m passengers last year, compared to easyJet’s 91m, Ryanair’s 142m and around 180m for Lufthansa and Delta Air Lines. Its market share in Italy is reported to be 14%, far behind Ryanair's 25%, and it loses some €300m a year.

How many more 'only 6 months' is this undeserving behemoth going to be given?