Trouble ahead for Boeing’s new CEO

Boeing’s new CEO, David Calhoun, takes office next Monday, 13 January, with little end in sight to the B737 MAX crisis engulfing the company as it awaits Federal Aviation Administration (FAA) approval to return the aircraft to service. 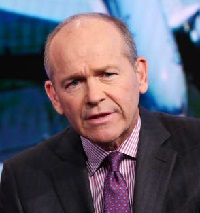 Boeing responded to the delay by saying it would suspend MAX production temporarily from this month after the FAA said its decision would not now be made until later this year.

As The Guardian reported last week, an extended pause to production could have further ramifications for UK airlines planning to operate the MAX, with shares in British Airways parent International Airlines Group and Ryanair falling on the news.

Calhoun, 62, who began his career at engine maker General Electric (GE) and was Boeing’s former chairman, takes over as CEO following the departure just before Christmas from Dennis Muilenberg.

Muilenberg was dismissed over his handling of the MAX affair and within hours of United Airlines saying it would not reinstate the MAX to its schedules until at least June this year.

Calhoun worked at GE for 26 years, becoming vice-chairman of the company in 2005. He became a director of Boeing in 2009 and last October was named chairman, stepping down last month in preparation for becoming CEO and president.