Emirates chief to step down

Industry heavyweight Sir Tim Clark, president of Emirates Airline, is stepping down next summer after more than 30 years at the head of the state-owned carrier. He will remain working for the company as an adviser. 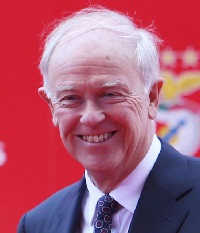 Sir Tim, 70, who began his aviation career in 1972 at British Caledonian Airways, moved to Gulf Air in Bahrain in 1975 and to Dubai in 1985, where he became one of the founders of Emirates as head of airline planning. He became president of Emirates in 2003.

Independent aviation consultant John Strickland told The Times: “Tim is a giant of the industry. He had the vision behind Emirates and has cultivated the airline to where it is today.”

When the Gulf state carrier first started flying, it had only two wet-leased aircraft – a new Boeing B737-300 and a used Airbus A300 B4-200. Last year, it carried nearly 60m passengers and operates a fleet of 270 aircraft flying to 159 destinations.