Aviation in the Middle East is set for another shake-up after Wizz Air said last week it had reached agreement in principle for the establishment of Wizz Air Abu Dhabi in partnership with the Abu Dhabi Development Holding Company (ADDH). 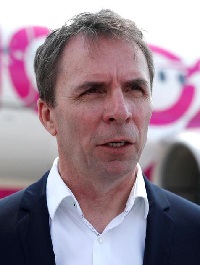 Wizz Air, which claims to be the largest low-cost carrier in Central and Eastern Europe, said it was intended the new company would be formed via a joint venture, with operations expected to begin in the second half of next year.

Officials said the airline would focus on establishing routes to markets where Wizz Air had existing high-growth operations, as well as the Indian subcontinent, Middle East and Africa “over the long run”.

Wizz Air Holdings CEO József Váradi added: “We are proud our first airline outside Europe is in Abu Dhabi. ADDH’s knowledge of the market and support will boost our successful development.

“Wizz Air Abu Dhabi will be an incremental path of growth for Wizz Air, built on our successful business model, bringing affordable travel to ever more customers. We believe the new airline has the potential to be a significant player in the region.”

A company statement added Wizz Air Abu Dhabi would have access to markets with a total of 5bn passengers across Europe and beyond.