Uber rival moves in after ban

Ride-sharing in London took a new turn last week after Indian company Ola began signing up drivers following a ban on Uber for alleged safety breaches, which the company denied. 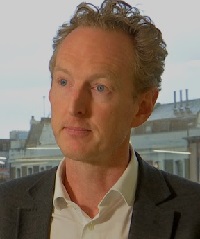 Transport for London (TfL) refused to grant Uber a new licence, saying it had “identified a pattern of failures by the company including several breaches that placed passengers and their safety at risk”. Uber says it will appeal.

Uber regional general manager for the UK and Northern Europe Jamie Heywood said not only were there only a small number of drivers that had been found to be at fault but it was Uber itself that had alerted TfL.

The company followed up by tweeting: “We have fundamentally changed our business over the last two years, setting the standard for safety in the industry. TfL’s decision on our London licence is wrong and we will appeal.”

Ola, which already operates in other UK cities, said it had held "constructive conversations" with local authorities and now planned to launch services in London "in the coming weeks".

Head of International Simon Smith said: "We are inviting the tens of thousands of private hire drivers across London to register themselves on the Ola platform, as we prepare to launch in the city.”