In a further expansion of its presence in Africa, hotel management company Rotana has announced the opening of the Johari Rotana in Tanzania’s major commercial city of Dar es Salaam. 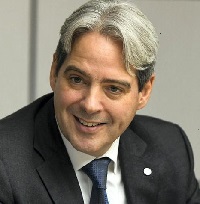 The new 5-star property in the MNF Square complex in Dar es Salaam’s central business district marks the East Africa debut for the company, which has hotels across the Middle East, Africa, Eastern Europe and Turkey.

Johari Rotana has 193 hotel rooms with an average size of more than 50sq m, suites of up to 150sq m and 60 fully-furnished and serviced apartments spread across 15 floors starting from the 13th storey of the 65,000sq m mixed-use project.

The property also boasts the largest meeting and conference facility in Tanzania, a 900sq m ballroom with a 6.5m ceiling height that can also be divided into three smaller venues.

There are also six additional meeting rooms with views of the waterfront, a dedicated business centre, class-A offices and an indoor parking facility, plus access to a selection of wellness and sports facilities including an outdoor pool, fully-equipped gym, sauna, steam and treatment rooms.

Rotana acting CEO Guy Hutchinson said: “As part of its long-term strategy, Africa has remained a key focus market for Rotana and we are confident our first property in East Africa will provide a competitive advantage.”