Johan Lundgren joined easyJet as CEO in November 2017 having previously served as deputy chief executive and chief executive for mainstream markets at the European tour operator TUI. The company said in his time there he increased profitability by some 48% from £370m to £546m between 2011 and 2014. Lundgren began his career with Swedish travel group Fritidsresor, which was eventually acquired by TUI Travel. 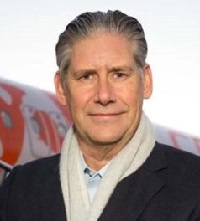 Last month, I announced easyJet would become the world’s first major airline to offset all the carbon emissions from the fuel we use on behalf of all of our customers, starting immediately.

I feel this was an important move for easyJet to make because climate change is an issue for all of us and whilst we acknowledge that offsetting is only an interim measure until other technologies become available to radically reduce the carbon emissions of flying, we want to take action on carbon now.

The offsetting schemes we have selected, with the help of Climate Focus, will be either Gold Standard or VCS accredited. It is scientifically proven that offsetting works and we will ensure we robustly monitor and audit our schemes over time to ensure they fulfil our offsetting needs.

I believe strongly people have a choice in how they travel and research shows sustainability is becoming increasingly important to them when they are making their choices. We know many people still want to fly, so we want to be one of the best choices they can make.

EasyJet has a long tradition of efficient flying. The aircraft we fly and the way we fly them means we are already more efficient than many airlines but we know we will have to continue to work tirelessly towards reducing our carbon footprint in the short-term.

In recent years, we have made significant progress overall through a whole host of initiatives – some have been bigger step changes like the introduction of the Airbus Neo aircraft which burn 15% less fuel, and others have provided more marginal gains which add up to significant reductions overall like the removal of paper manuals in the cockpit or introduction of lightweight carpets, seats and trolleys. Since 2000, easyJet has reduced the carbon emissions for each passenger kilometre flown by more than a third.

We will continue to look forensically at our whole operation to see where more efficiencies can be made and also adopt new technology options as they become available.

And we cannot lose sight of the longer-term development of new technology, as only its introduction will enable the industry to radically reduce the carbon footprint of aviation.

That is why I am therefore delighted to have entered into a new electric plane partnership with Airbus. We will be working together to identify the detailed technical challenges and requirements for hybrid and electric planes when deployed for short-haul flying around Europe. We hope this will be an important step towards making electric planes a reality. And we will of course continue to work with Wright Electric, Rolls-Royce and Safran on new technologies.

We are ready and eager to play our part and so look to the other key players – governments and airports – to play their part too. The industry cannot do this alone – we will need both EU and governmental support.

The aviation industry is fairly unique as the technology simply doesn’t exist now for us to reduce our carbon footprint but its development is accelerating at pace. I recognise fully offsetting carbon emissions is a temporary measure. We will support the development of these technologies with an aim of helping them to emerge and mature and so over time we will be less reliant on carbon offsetting but for now it is the right thing to do.

Aviation will have to reinvent itself as quickly as it can. As someone who has worked in this industry all my working life, I believe the industry can transform by tackling this challenge head on.