With the introduction of a new chief executive at Virgin Atlantic (VS) in the form of the charismatic Jerusalem-born Shai Weiss, it was perhaps inevitable Virgin Atlantic would quickly add Tel Aviv (TLV) to its growing list of destinations. 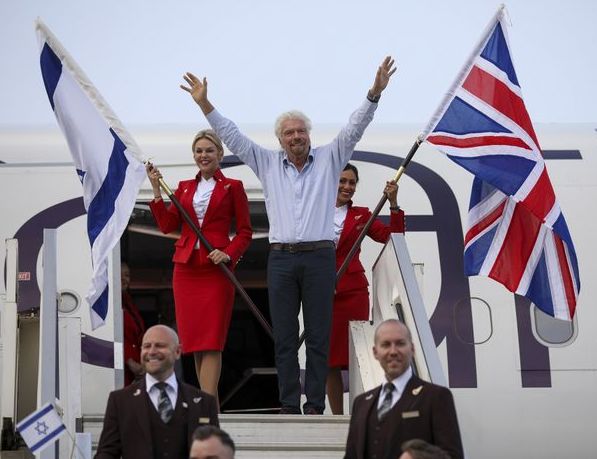 Offering easy going charm, and perfect English (MBA from Columbia University) plus a relationship with Richard Branson going back 15 years, Weiss, who had previously served as chief commercial officer at the airline, looks like being the perfect ‘head salesman’ for Britain’s second flag carrier.

His ploy is to add up to 35 long-haul destinations in the coming years, making Virgin Atlantic “Britain’s best-loved travel company”, together with Virgin Holidays. It already carries the Union Jack on the nose of all its aircraft. Virgin Connect, nee Flybe, will fly the flag for Europe.

Now, after a period of stagnation, VS has already started on the growth trail, having this year expanded at Gatwick and Manchester, recently returned to Mumbai from Heathrow and on 29 March 2020 due to introduce São Paulo. At 11hr 25min, this becomes the airline’s longest route. TLV, at 5hr, is the shortest. The approval by the US authorities within the past few days of Virgin’s tie-up with Delta (49% owner) can only help. 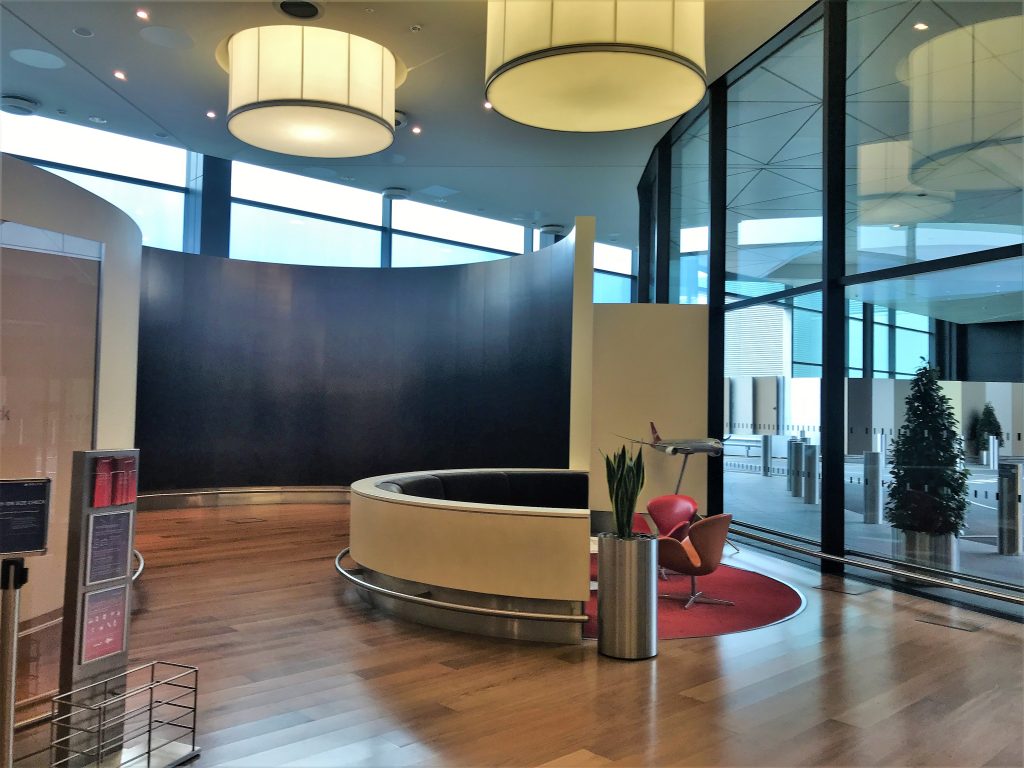 With the arrival of Virgin Atlantic, Tel Aviv is now served by six airlines from the UK; Arkia (Stansted – holiday periods and summer only), British Airways (Heathrow), easyJet (Gatwick, Luton and Manchester), El Al (Heathrow and Manchester) and Wizz (also from Luton).  A quick look at prices show that it is very competitive with the low-cost airlines for its fully inclusive Economy products.  Attractive fares are also available in both Upper Class and Premium.

With very heavy loads since the route was inaugurated Virgin is looking at doubling the service currently flown by an Airbus A330.  The tie-up with Delta is already becoming most useful, 30% plus of passengers connecting from both DL and its own US originating flights.  It also scores over BA with Upper Class passengers using a single connecting facility, the superb Clubhouse, rather than traipsing around T5 and its two satellites, or T3 from certain US points.

I will concentrate for this report on Upper Class but Virgin prides itself with its Economy (2+4+2) cabin and also Premium (2+3+2) with an upgraded meal service and more space. 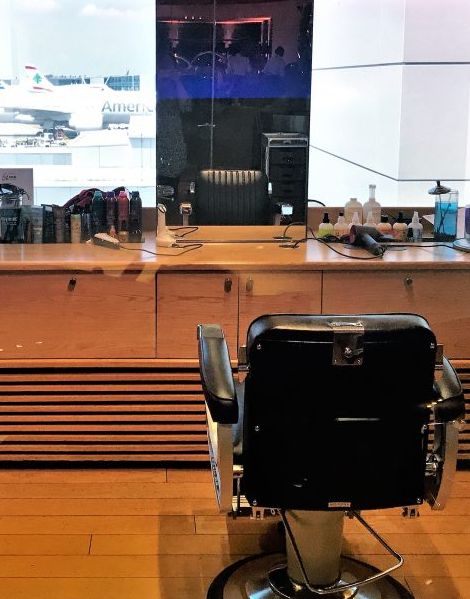 Travellers who require a kosher meal (or any other in a long list) are asked to pre-book the inclusive dining, although the airline does overbook the Jewish food.

Israel is famous for its wines and all passengers gain the kosher variety.  Weiss is able to promote the country of his birth and also make the transition to a new route easily, understanding the nuances of entering a new country for the airline.  Forty cabin staff were selected to attend a workshop at the kosher Pillar Hotel in Hendon in North London.

Full fare Upper Class passengers are offered a chauffeur service if they live within 75 miles of the airport.  Your car delivers you to the special covered rather posh Virgin drop-off facility where you can check-in and are whisked through to security.  Sadly, there is no getting away from the Westfield style shopping centre walk (many people love it – I had to stop) and then it is to the Club Lounge.  If by that time you are tired there is a seat in the lift (elevator).  For (usually) men the first task is to have one’s shoes complimentary shined and to check what is available at the unisex spa.  Some of the facilities are complimentary and there is a whole range of services at sensible prices.  No VAT.

A passenger accompanying you on the flight, but not C class, can join in the ride, check-in, and have the lounge use.  If it is a taxi or private car taking you to the airport there is no need to book ahead.  At the terminal drop-off barrier they will have your name. Delta shares the facility for all eligible travellers.

The Clubhouse, since its inception 35 years ago, has always been outstanding, but no model railway these days.  Virgin has kept up its standards remarkably well and with the Tel Aviv flight also instituted a kosher menu, available for all destinations.  No booking required.  Also introduced is a range of (non-kosher) Middle Eastern food by the Israeli Soho-based restaurant ‘Good Egg’ which is also available on the Israel flight.  In the Clubhouse you can go buffet style or be waiter served, or sit up at the 50ft bar.

Breakfast is served until midday and from then onwards lunch and dinner.  The Den is a games room, offering retro video consoles, a pool table and TVs showing the latest news and sport.  Upstairs there is a viewing deck for relaxing on a bright day and within the main lounge itself is a quiet room offering flat couches for complete relaxation.

With long-haul flights there is no rush with the boarding.  The aircraft has been prepared in plenty of time and passengers just stroll down the airbridge.  For me it was a left hand turn and an offer to stow my coat and a choice of soft drinks and Champagne.

Virgin was probably the first airline to introduce pod seats and these have been progressively improved over the years, although I wait to see what the A350 has to offer. 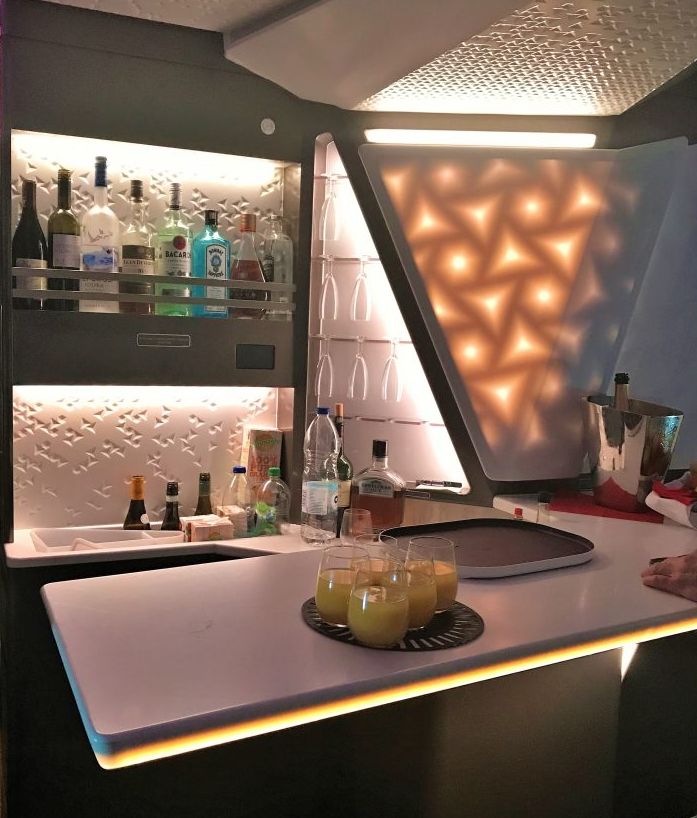 Hot towels but no newspapers before take-off.

Once airborne you can ask one of the crew to set the electrics in motion for a full flat bed, or press the buttons for a position that suits you.  Pillows and duvet were to hand in a space behind the seat.

There is a bar at the rear of the Upper Class section for standing around and chatting.  It’s not as big as the 747, with that aircraft fast becoming history.  Plenty of film choice on an 18.5in screen that folds out.   You could continue using the tv right up to disembarkation. Sadly the promised wi-fi did not work, but maybe that was a good thing.  The pull-out table arrangement is one of the best, a decent size and firm.  There were three loos for 33 seats, hardly any queuing.

There are two menus available, the non-kosher offering which is also written in Hebrew (Ivrit) and a kosher one, supplied at either end by specialist airline caterers.

Served course by course, lunch comes quickly after take-off, and there is an ample choice including a “Good Egg” salad, soup and smoked salmon for starters, a choice of four main courses including the delicious, “Good Egg” Lamb Shawarma, a dessert selection and inevitable cheese and port.  Later on a traditional smoked salmon and cream cheese bagel was available. 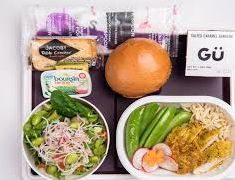 I availed myself of the Ben Gurion VIP Club Service from the steps of the aircraft ($169 for up to five people) with a car and escort so you do not have to even think where to go to the passport control and luggage collection.  It was quickly to my waiting chauffeur (or a hire car).  A perfect and stress-free way to arrive anywhere.  Offer it on the Virgin web site Mr Weiss!

My return was at 07:00 with the use of the Dan lounge on departure.  Let’s be diplomatic and say the Clubhouse was better!

On the Virgin flight from Tel Aviv you do not get the conventional British breakfast as no pork/shellfish items are served either way.  Your choice is salmon once again, scrambled egg, or asparagus quiche.

We were 30min early arriving at Heathrow on the return flight.  The Virgin Revivals Lounge, landside, offers a full English breakfast, showers, and suit pressing facility.  It is the place to meet your driver.

Ten out of ten for this trip. 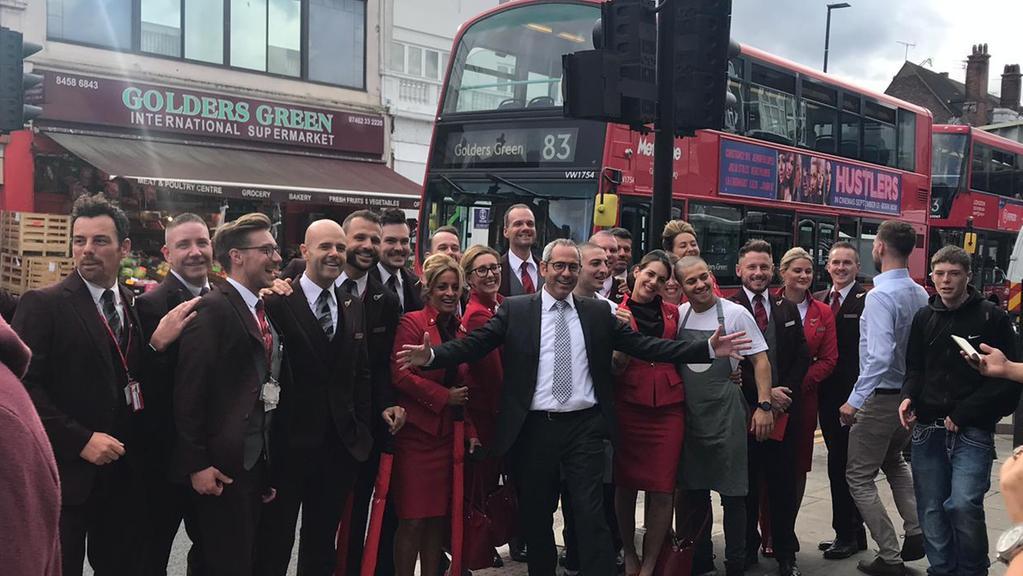