The biennial Dubai Air Show brought sunshine, showers, and a slew of orders – among them 60 commitments for the Boeing B737 MAX. Nor was it just UAE carriers shopping, with Kazakhstan’s Air Astana issuing a letter of intent for 30 B737 MAX for its LCC FlyArystan (see BTN this week), writes Alison Chambers. 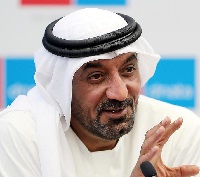 Also, with African aviation on trend here, Ghana’s minister of aviation announced a new national airline. He confirmed a letter of intent for three B787-900 Dreamliners and six Q400 turboprops.

Among the 165 aircraft out in the static championing business aviation was Pilatus’ PC-24 in a Middle East debut. Dassault also brought the Falcon 8X, while sustainability was high on the agenda again.

Emirates chairman Sir Tim Clark called on the aviation fraternity to urgently improve its carbon footprint. This was among messages from prime show sponsor Air BP.

Dubai is excited for the Expo next year and several initiatives were announced in preparation. They include a dedicated temporary heliport, a partnership between Leonardo Helicopters and Falcon Aviation, to be built at the site.

The Expo is sure to help get the less popular DWC Airport firmly on the map. Local taxi drivers are still not used to going there, as BTN discovered. Full report next week.