Connect chief on the future 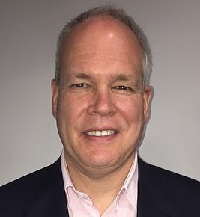 Anderson, an industry veteran who has held previous senior director roles at Virgin Atlantic and Virgin Holidays, has been at the helm at Connect since June, when the group acquired Flybe.

Airlines UK members and industry representatives heard how the sale took place when Flybe was just 2hr from entering administration. With the airline now in turnaround, the plan is to stabilise the operation, remove further cost from the business, and establish a viable route network through partnership with regional airports and a better utilisation of aircraft.

Much of Anderson’s talk focused on the importance of regional aviation and connectivity, which he said was “too important to fail”, and the need for more support from government through lower taxes, the removal of the double levy of APD on domestic routes, reform of EC261, which he said was “categorically unfair to airlines”, and improved access to slots.

Anderson implored politicians to move ahead with Heathrow expansion, describing Flybe’s own plans for travel to regional airports from there while also setting out the Flybe vision for feeder hubs at Manchester and Belfast.

(See also Action plea by Airlines UK, Confusion at Flybe and Flybe does not launch Virgin Connect all in this issue).