A plea from Wizz Air CEO and co-founder József Váradi for airlines to ban Business Class stirred up the debate last week on the continuing climate scrutiny on the aviation industry. 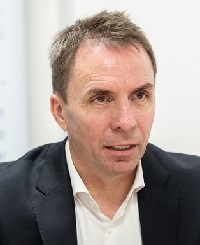 In what he called an “industry call to arms”, Váradi said: “Business Class should be banned. These passengers account for twice the carbon footprint of an Economy passenger, and the industry is guilty of preserving an inefficient and archaic model.

Váradi called on fellow airlines to commit to a total ban on Business Class travel for any flight under 5hr and said sustainability pledges by rival airlines to be carbon neutral by 2050 were “a joke – we're all going to be dead by that time".

Forbes magazine reported other airlines declined to comment on the call. They included Lufthansa and the International Airlines Group (IAG), which includes BA, Aer Lingus and Iberia.

Norwegian said it did not offer Business Class, only a premium product with wider seats that did not fold flat, which is claimed to be the main issue on long-haul Business Classes.

Wizz Air says it operates with the lowest CO2 emissions per passenger among competitor airlines and will reduce this by 30% for every passenger in the next 10 years.