A view on the Boeing B737MAX controversy and updates on the emissions debate are among items likely to be on the agenda for the Aviation Club UK lunch on 5 December at the Institute of Directors at 116 Pall Mall, London. 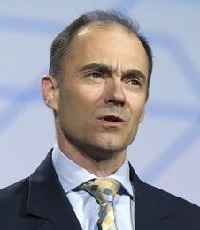 Guest speaker will be Rolls-Royce plc CEO Warren East, appearing toward the end of a turbulent year on the aviation front which has ensured his company has rarely been out of the headlines.

Earlier this month, Rolls-Royce announced plans to expand its global network of engine overhaul services to support growth in its fleet of large aero engines from more than 4,000 today to some 6,500 in the mid-term.

In doing so, the company said it was also confronting one of its problems this year, saying: “This further expansion of our network of engine overhaul facilities also underpins our commitment to reducing the impact on customers of in-service issues with the Trent 1000."

In other news, the Rolls-Royce Trent 700 engine last week received certification to power the new Airbus BelugaXL air transporter, along with the aircraft itself (see story this issue), which the company said marked another milestone for that engine.