Norwegian on the move again

With a new injection of cash in the coffers leaving it with what is described as “fully funded through 2020 and beyond”, Norwegian has returned to the expansion trail with good news for Manchester and the US. 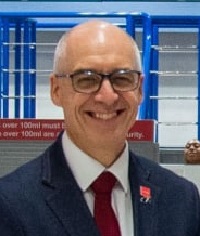 On the UK front, the airline’s newest route to Scandinavia has taken off with a new non-stop service from Manchester to Norway – a twice-weekly seasonal service on Mondays and Fridays to Bergen.

In the long-haul arena, Norwegian has announced plans for two seasonal non-stop US – Europe routes from next summer, adding Chicago to Paris and Rome, and Denver – Rome.

Senior vice-president commercial Matthew Wood said: “The US is now our largest and most important source market, and we will continue to invest in expanding our network to offer more non-stop service to highly sought-after European destinations.”

Norwegian has been in the news for having to cut back on long-haul flights after running into financial troubles blamed on over-ambitious growth plans, but has now said it has raised some £212m from a share sale and bond issue to enable it to carry on.