The number of people opting to travel on Virgin Trains’ Anglo-Scottish services instead of flying has reached record levels while also contributing to a drop in carbon emissions, the operator said last week. 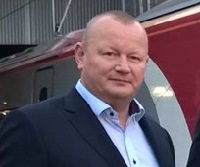 Figures for the 12 months to July show 29% of passengers chose to travel with Virgin Trains as opposed to flying between Glasgow and London, the UK’s second-busiest domestic air route.

This is nearly two percentage points more than the record in 2014, when numbers were boosted by the Commonwealth Games, and comes as passenger numbers between England and Scotland’s biggest cities grew 6% to a record 717,592.

Virgin said convincing people to choose train over plane had increased rail’s overall market share relative to airlines on total journeys between Glasgow/Edinburgh and London to a new record of 35% in the 12 months to July.

New analysis by sustainable transport charity Transform Scotland had shown rail’s increased market share and a reduction in flights had helped to reduce carbon emissions between Glasgow and London over this period, the company added.

Virgin Trains managing director Phil Whittingham added: “The number of people choosing train over plane is testament to the investment and improvement Virgin Trains has made in Anglo-Scottish services over the past two decades.”