A powerful list of speakers has been lined up for this year’s annual conference, exhibition and awards dinner of the Airport Operators Association (AOA) at County Hall Westminster on 28-29 November. 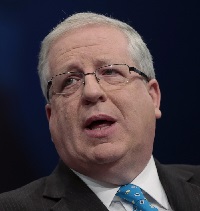 The theme this year is Airports for a Changing World, with the event focussing on some of recent dramatic events and how they are affecting aviation, and on the impact of the climate change protest.

Also in the spotlight will be the political scene and the possible effect of the general election on the aviation agenda plus some of the forthcoming technological developments that are planning to disrupt the sector.

On the airline front, the list includes two CEOs – Shai Weiss of Virgin Atlantic and Mark Anderson from Connect Airways, plus Professor Penny Endersby of the Met Office.