This week's COMMENT comes from Paul Simmons, former UK director at easyJet and chief commercial officer at Flybe, and currently a non-executive director at Blue Islands. 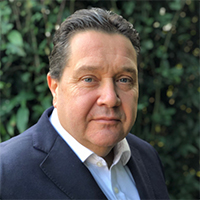 The just-published Aurigny “Efficiency & Benchmarking Review” into Guernsey's state-owned airline (BTN last week) is well written and full of detail, but what is it really saying?

The document produced for the island's Scrutiny Management Committee (SMC) and the Trading and Supervisory Board (STSB) was greeted with positive headlines, largely driven by the paragraph at the top of the Executive Summary section. This appears to have been written under the influence of rose-tinted eyewear. A closer inspection by the cold light of day highlights a number of underlying problems that cannot be swept away by the headline-orientated summary.

As all Guernsey residents are effectively shareholders of Aurigny, it is reasonable to explore what the body of the report actually says. There are frequent references to the challenges of running a small airline on an island, which are all true and not in dispute. But what was not picked-up by much of the recent reporting was the number of self-inflicted wounds that will contribute significantly to the taxpayer funded loss of close to £10m next year.

For example, directly under the positive puff of the summary, we are told that Gatwick is the airline’s only profitable route (Exec Summary point 2);  utilisation, revenue management and network planning need improving (point 3), ancillary revenue is poor (point 4) and basic things like an app need fixing (point 5).

To an airline executive, there are few really important points after safety and reliability. But core to these are network management, utilisation (how efficiently you use the assets at your disposal), revenue management and pricing. To have these all flagged as major issues is catastrophic. The tone in which the report is written does not naturally ring alarm bells – unless you know what you are looking for in terms of underlying importance.

1   Lack of strategy and shareholder involvement is an issue. In the Observations and Recommendations section, point 7 is particularly pertinent “…..Airline profitability is highly cyclical and airlines typically making significant capacity cuts in the downturn that isn’t necessarily in the economic interest. In the Guernsey case, there is one profitable route and the rest are unprofitable.

In a downturn, reduced profitability could lead to significant cuts in the Aurigny network to achieve the break-even. Where a government-owned business has started the cycle with a cumulative surplus, then riding out the cycle is easier and doesn’t require drastic action. This is not the case here.”

2   The strategy issue also appears earlier in point 3, highlighting the lack of alignment to the current mandate: “The STSB’s published guidance to Aurigny includes: maintenance of the lifeline Gatwick route and slots; maintenance of the Alderney services pending the outcome of a PSO process; breaking even on a rolling five-year basis on its Gatwick and other UK regional services; and, acting as an asset to maintain and improve the Island’s connectivity.”

No one is suggesting in this report that Aurigny is remotely on course for a break-even. This is due to ongoing and increasing losses on the non-Gatwick routes and lower profitability on the core route itself. In fact, in Section 6 of the Observations section, the report muses on moving the break-even goalposts. In other words, give-up on the break-even objective and settle for a perennially loss-making airline.

3   Heathrow: The report also debunks the conclusion that the Economic Development Committee’s decision to support a Heathrow connection is the main cause of all recent woes. Point 7 of the Government Policy section says “…. while we consider any subsidies in overlapping markets as not being good practice and likely to distort the market, it would be hard to attribute Aurigny’s recent revenue decline solely to this factor”.

It also states that all ATR routes are loss-making. A logical conclusion could be that maybe the airline has too many ATRs. But instead, by buying three new ATRs, the issue is set to be exacerbated under the inevitable pressure to fly the new aircraft more extensively.

5   Gatwick: The report highlights a 35% growth in market capacity to London and the South East this summer, and also the fact that Aurigny’s charges or costs at Gatwick will increase by 25% next year. The consequential fall in average fares, load factors and increase in costs does not bode well for the lifeline route next year and beyond.

In the engineering section, the report also points out that the Jet is entering mid-life and care needs to be taken with engineering costs and reliability. “…the Jet, it is now a mid-life aircraft requiring greater maintenance focus and cash cost will rise significantly”. There is also a question on the residual asset value of the jet. So, what is the plan?

The report hints at a return to ATRs at Gatwick, and also at outsourcing options that maintain the slot portfolio at Gatwick by transferring the flying to someone else. If there is a core focus of a second report, this could be it. Without the Gatwick golden goose, the near £10m loss next year will look like heaven.

To blame Aurigny’s issues on outside factors is not a fair reading of the report. Major issues are raised on the network, which is the heart of any airline, and on aircraft utilisation. Both are objectively not good. Just read the report. There are also flaws in pricing, ancillary revenue, marketing, HR planning, fleet and engineering.

However, perhaps the biggest issue, dotted around the report, is the need for someone to define what Aurigny is for and then to structure a business around the objective. The current mission cloud – protection of lifeline routes; economic enablement; and the maximisation of current aircraft assets – leads to conflicting decisions from a number of well-meaning and good people. With the taxpayer picking-up the increasing losses.

My reading of the report is that someone needs to grab the strategy nettle, and quickly.

Aurigny's fleet of 9 aircraft has three diiferent manufacturers (Embraer, ATR and Dornier) and sub-types of the latter two! This mix for such a small fleet must be a quite a problem to start with.