The battle for business across the Pacific is set to intensify next year with the only non-stop service between Los Angeles International Airport and Christchurch (New Zealand), a distance of 11,086km (6,888mi), being planned by American Airlines. 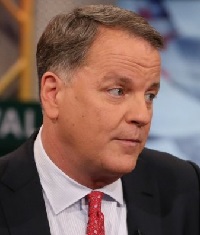 The route is set for launch next October with a projected flight time of 15hr. The airline is also adding the only direct service between Dallas Fort Worth and Auckland, offering more connections for more passengers across the US.

American’s CEO Doug Parker said the routes were a direct result of the new joint business venture with Qantas, which gives passengers customer benefits like enhanced codeshares and increased frequent flyer benefits on both airlines.

American plans to fly the Boeing B787-8 to Christchurch three times a week from October 2020 until March 2021, opening up one-stop connections to South Island destinations not previously available by any other carrier.

Qantas and Jetstar will connect passengers from Christchurch on to New Zealand’s capital Wellington and Melbourne, both important business cities and among the most popular destinations in the Pacific region.

American currently operates a seasonal service between Los Angeles and Auckland on New Zealand’s North Island and says it will add the new service from Dallas Fort Worth next year with flights operated by the B787-9.