Air France-KLM on the offensive 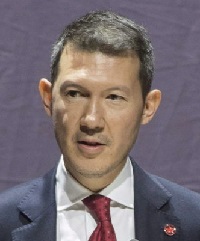 Smith said: "Thanks to the dedication of our employees at Air France, KLM and Transavia, since the end of 2018 we have been able to establish the fundamentals of our go-forward plan.

“This is the starting point of a strategy that will allow Air France-KLM to reinvent itself, optimise our operational model and increase revenues. Everything will support our goal of an industry pioneer most committed to environmental sustainability."

The Air France-KLM Group had several unique assets, he continued – the strength of its brands, the Paris and Amsterdam hubs and an extensive combined network.

■ Air France is introducing a domestic Business Class early next year similar to that on its short-haul international flights. Features include priority handling and lounge access, a dedicated cabin and a blocked middle seat.