The second half of next year has been earmarked by British Airways parent company International Consolidated Airlines Group (IAG) member Iberia for its acquisition of Air Europa from the Globalia holding company. 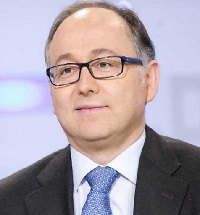 The €1bn takeover agreement was signed last week with IAG saying it would transform Madrid into a “true rival” to Europe’s four largest hubs at Amsterdam, Frankfurt, Heathrow and Paris CDG.

“IAG has a strong track record of successful acquisitions, most recently with the acquisition of Aer Lingus in 2015 and we are convinced Air Europa presents a strong strategic fit for the group.”

Globalia chief executive Javier Hidalgo said: “For Globalia, the incorporation of Air Europa to IAG implies the strengthening of the company’s present and future that will maintain the path followed by Air Europa in the last years.”

Both parties to the proposed takeover said the Air Europa brand would initially be retained but did not say for how long. The company will remain a stand-alone profit centre within Iberia, run by Iberia CEO Luis Gallego.