Support for Virgin Atlantic’s campaign to be named as the UK’s second flag carrier at Heathrow was voiced last week by the Business Travel Association (BTA). CEO Clive Wratten said the idea should be welcomed “with enthusiasm”. 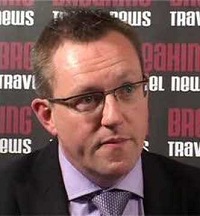 “We recognise and support the benefits a second flag carrier would bring to the UK economy – not only the increase in competition but also the expansion of new routes from Heathrow,” Wratten went on.

As and when the ambition for airport expansion was realised, the need to fulfil the additional slots presented an opportunity to carriers and the corporate travel sector, he added.

“Allowing significant slot access at Heathrow to a second British airline should be greeted by all airlines, travel management companies and corporate travellers with enthusiasm.

“It presents a very real opportunity to access potential new markets further afield whilst at the same time benefiting from competitive fares.”

Founded in 1967, BTA promotes itself as the authority on business travel as it represents a range of travel management companies from global companies to small independent specialists and regional agencies and their clients, partners and industry associates.

With Delta owning 49% and Air France/KLM 31%, it is difficult to see how VS can be called a second flag carrier.