Nearly 40 years of aviation history will end next year after Air New Zealand said last week it was withdrawing from its daily London – Los Angeles service from October 2020 and installing a New York – Auckland link instead. 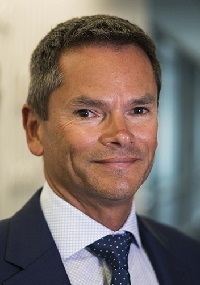 Acting CEO Jeff McDowall said while it was hard to say farewell to such an iconic route, the airline had to remain focused on markets with the greatest opportunity for long-term profitable growth.

“Air New Zealand is strongest when operating direct flights to and from our home base in Auckland and this reset will put us in the best possible position to take advantage of increasing demand across the Pacific Rim,” he added.

“Visitor growth to New Zealand is strongest from North America and performance of our new service between Chicago and Auckland is exceeding expectations.”

McDowall said London – Los Angeles had been a flagship route for Air New Zealand and an important link connecting Europe to New Zealand since its launch in 1982, but market dynamics had changed.

■ New Zealand as a country was not represented at World Travel Market last year and as of last week did not appear on the exhibitor list for WTM 2019 at ExCeL from 4-6 November. (See London abandoned by New Zealand)

Wow, I find this quite sad news. But I guess in the world of interlines and JVs it can be more profitable to share a route.