Well over half of the 150,000 holidaymakers stranded abroad after the Thomas Cook collapse last Monday had returned to the UK by yesterday (Sunday 29 September) nearly a week after the CAA’s repatriation operation began. Over 350 flights have been involved so far. 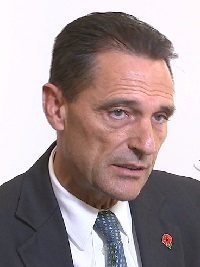 Operation Matterhorn continues until 6 October, by when all Thomas Cook clients affected are expected to have been brought back on the days they were originally booked to fly.

CAA chief executive Richard Moriarty said: “Despite the challenges of this unprecedented situation, I am pleased our Operation Matterhorn is on track with around 61,000 people flown home in the first four days – more than 40% of the total.

With repatriation under way, attention last week focused on the background to the collapse, particularly how the directors of Thomas Cook had reportedly paid themselves £20m in the past four years.

In parliament, transport secretary Grant Shapps said all parties had considered options to avoid how the company could avoid being put into administration, adding: “Ultimately, however, it was Thomas Cook and its directors took the decision themselves to place this company into insolvency proceedings.”

A dedicated employment fair for the thousands of North West workers who lost their jobs following the collapse, including supply chain employees, will be held at Manchester Airport this Thursday, 3 October.

The CH-AVIATION database lists the following aircraft chartered by the CAA.