Bondholders at Norwegian Air Shuttle agreed last week to defer repayments on two loans in a move welcomed by acting CEO Geir Karlsen as giving the airline some “financial breathing space” and ensuring sufficient liquidity for the winter. 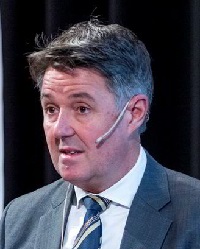 The company had sought to extend the maturity date of the first of two bonds from December this year to November 2021 and the second from next August to February 2022.

In a market update, Norwegian said both sets of bondholders had voted in favour of the proposed amendments “with sufficient majority”.

Karlsen said: “It will give us added financial headroom going forward. We believe it demonstrates faith in our strategy and support of the important measures Norwegian is undertaking to return to profitability.”

He added Norwegian’s operational performance was continuing to improve, and the company was on track to reach targeted cost reductions of NOK2bn (£178m) this year after being forced to cut back on expansion and dropping many long-haul routes.