ON TOUR: Across the Everglades

Alligators, a river of grass and miles of white-sand beaches – on a tour of "the other Florida", BTN editor Richard Cawthorne crosses the Sunshine State to arrive at the Gulf of Mexico coast. 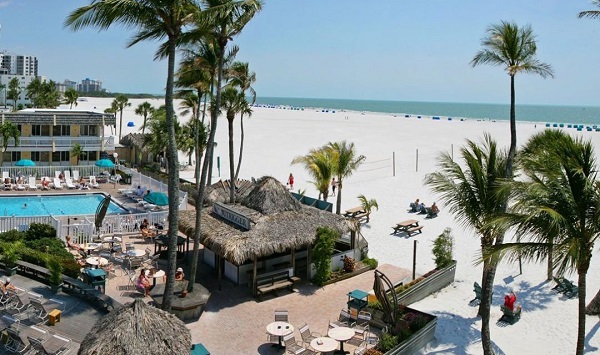 For visitors to Florida expecting nothing more than Mickey Mouse, film-themed thrill rides and roller-coasters, the first sight of Fort Myers Beach can be a shock. White sand as far as the eye can see, low-key resorts and a touch of British seaside atmosphere are convincing reminders there is more to the Sunshine State than cartoon characters and a surfeit of hamburger bars.

To sample the Fort Myers area, BTN settled in at the Outrigger Beach Resort, an informal, friendly and efficient example of Florida beachfront living placed strategically on Estero Boulevard three miles from the town centre and four miles from the action at Times Square.

Considered the heart of Estero Island’s downtown, Times Square is full of shops and restaurants with outdoor dining, street performers and is next to Fort Myers Beach Pier, regarded as the best place to watch the sunsets for which the area is renowned. It is also within easy driving distance of the local big city, Fort Myers itself.

Fort Myers and surroundings marked the end of a return visit by BTN to Florida to catch up on developments away from the theme parks. The resort is on the western side of the state alongside the Gulf of Mexico and was reached via a leisurely drive from Fort Lauderdale on the Atlantic side.

Our chosen route was through the heart of the Everglades along US41, aka the Tamiami Trail because it links Tampa in the west at one end with Miami in the east at the other. It is also one of two roads vying for the picturesque title of Alligator Alley.

The name has all but been taken over by part of the I95 interstate highway named on maps as the Everglades Parkway which links Fort Lauderdale and Naples, but old Florida hands prefer US41, which still has more character even after recent upgrades.

The Everglades is the largest subtropical wilderness in the US, a river of grass covering more than 20,000sq km that edges infinitesimally slowly from north to south and houses numerous rare and endangered species including – especially – alligators, the similar but different American crocodile, the manatee and the rarely seen Florida panther.

The best way to take in this World Heritage Site and International Biosphere Reserve is at the Everglades National Park. It’s near the community of Homestead but you’ll probably need a satnav or at least a good map. As with many places in Florida, once visitors are off the beaten track, they are soon in the wilderness.

Entrance to the park is $30 per vehicle for seven days and there is no overnight accommodation other than camping facilities. Hotel and motel rooms are available in the nearby towns including Homestead, Florida City, Everglades City and Chokoloskee as well as Miami.

Gator Park inside the national complex is an easily-accessible way to sample the traditional visitor pursuits, including the genuinely thrilling airboat rides through the swampy landscape and alligator wrestling at the wildlife show.

Back on the road, the Miccosukee Restaurant at Mile Marker 36 on US41 is a convenient lunch stop with a varied menu ranging from gator bites to beef stew. BTN had the tuna salad and roast chicken, both very acceptable. Watch out for the signs by the stream outside warning visitors: “Wild alligators – do not feed or entice.”

Arriving at the Outrigger resort, we were handed the keys to Room 207 overlooking the famous beach in time to relax at the outdoor Tiki Bar, with food brought out from the Deckside Café. The room also came complete with kitchen, making self-catering an option, along with plenty of local restaurants including the boisterous Salty Crab.

If your taste is toward more refined dining, lunch at the Veranda in downtown Fort Myers is an excellent choice, possibly combined with a tour of one of the area’s main attractions, the Edison and Ford Winter Estates nearby. Prolific inventor Thomas Edison and motoring magnate Henry Ford kept winter homes on adjacent sites beside the Caloosahatchee River and between them have left a large collection of memorabilia, an historical museum and 21-acre botanical garden for the benefit of the generations that followed them.

Fort Myers and Fort Myers Beach boast many other family attractions as well as being the western gateway to the Everglades. The Audubon Corkscrew Swamp Sanctuary, Babcock Ranch Eco Tours and Everglades Day Safari are among options for further exploration back in the wilderness. Back on dry land as it were, the Calusa Nature Centre and Planetarium and IMAG children’s history and science museum are both good half-day trips for families.

For many visitors, another main draw is the enticing island life awaiting on Sanibel and Captiva, two offshore communities reached by causeway and inhabiting their own Caribbean-like bubble but with US-style facilities including upmarket resorts, restaurants and shopping.

Sanibel is notable for the Ding Darling National Wildlife Refuge occupying most of the northern half of the island and the second most visited attraction of its kind in the US. The tram tour is a must. Neighbouring Captiva offers a treat of a different kind, a trip on Captiva Cruises’ good ship Lady Chadwick to an even more secluded island hideaway, Cabbage Key. The Cabbage Key Inn, former home of US writer Mary Roberts Rhinehart, is renowned for the autographed dollar bills covering the walls. At last count there were believed to be 70,000. Any that fall off are donated to charity.

The trip is just one of the offers from the cruise company, which has been providing beach and shelling outings, island hopping, dolphin adventures and sunset cruises on the Gulf of Mexico for more than 30 years. In turn, Captiva Cruises is just one of Florida’s “non-theme-park” attractions BTN sampled on this trip. Once you have had your taste of Disney, Universal Studios, Sea World and the rest, there is, to coin a phrase, a whole world waiting out there.

BTN’s itinerary was created by Vero Beach-based destination, hotel and travel industry enabler Sunlark Associates, which specialises in Florida and the Caribbean. 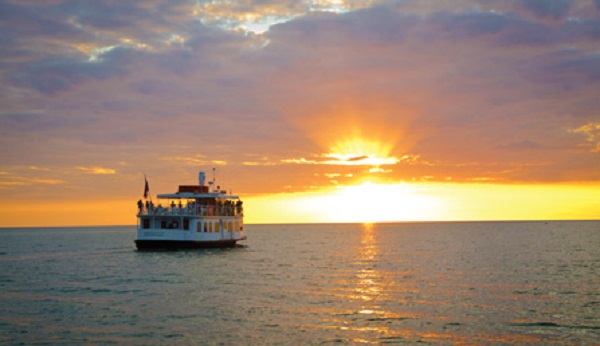