Loganair keeps up the pace

Six routes starting next year, including new destinations and additional connections linking airports across its route map, have been unveiled by Loganair hard on the heels of launches at Aberdeen and East Midlands (BTN last week). 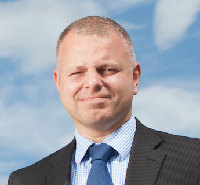 The line-up includes Glasgow – Cardiff, the first time it has connected the two cities, and Aberdeen – Haugesund, Loganair’s first route serving the southwestern Norwegian airport and its third in Norway.

The Aberdeen – East Midlands service in the earlier announcement is part of Loganair’s strategy of growing its presence at both airports after being welcomed as East Midlands’ newest operator.

The Aberdeen – Brussels route is being given an optimised schedule via Newcastle to reduce journey times significantly compared to current travel options.

At Newcastle, Bergen becomes the airline’s fourth service from the northeast airport and third from Bergen, and there is a summer seasonal service to Guernsey.

Loganair followed up the announcement by revealing its largest ever summer operation so far for 2020, with tickets now on sale for travel until the end of next August.

In addition to the new routes, the new schedule includes improved timings and more seats on a host of existing Loganair routes including many to and from the Highlands and Islands.