Concern over the future of Norwegian Air was growing at the weekend after the airline in face of an imminent meeting with creditors said it was trying to extend the dates on which it is supposed to pay back US$380m (about £310m) in loans. 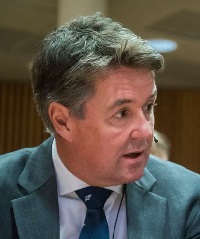 The Times reported last week that Norwegian was offering to sell its valuable take-off and landing slots at Gatwick as collateral “in a further attempt to shore up its finances”. The US news organisation CNN called it “a fight for survival”.

One loan is due to mature in December and the other next August. The airline, which is the third largest at Gatwick after British Airways and easyJet, has asked for the deadlines to be extended to November 2021 and February 2022.

Norwegian has a week to make its case, with a bondholders' meeting due next Monday, 16 September. Interim chief executive Geir Karlsen said: "What we are doing now is to make sure we have sufficient liquidity for the next 12 months."

The airline last week said it had been affected by several problems including the forced grounding of its fleet of Boeing B737 MAX aircraft resulting in it having to axe its transatlantic flights from Ireland (BTN 19 August).