New laws to curb drinking among airline passengers are being demanded after at least 449 people were arrested for alcohol-related offences at British airports in the past two years – 245 on the ground while still waiting to board and 204 on aircraft. 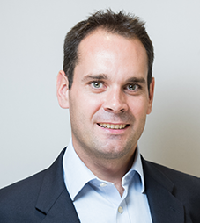 Reports said the numbers were likely to be higher as three police forces did not respond to requests to reveal their figures but those that were released showed the most arrests in aircraft or airports were at Heathrow (103), followed by Gatwick (81), Glasgow (47) and Liverpool (40).

Tim Alderslade, chief executive of Airlines UK, said the figures were “ridiculous” and said new laws should be brought in to reduce the number of passengers who drank too much before and during flights.

He added: "There is no credible reason other than commercial gain why airport bars and duty free are not licensed in the same way as any pub or restaurant on the high street.

"Likewise, why are duty-free shops still able to sell miniature bottles of alcohol, including at the airport gate? We know miniatures are sold for one reason. To encourage immediate consumption, including on the plane."

A Home Office consultation on the subject (BTN 5 November 2018) closed in February, but no decision has been announced.