In a new upheaval at Cathay Pacific, the company said last week chairman John Slosar was leaving after the next board meeting on 6 November. The official announcement said Slosar was retiring, but media reports said he had resigned. 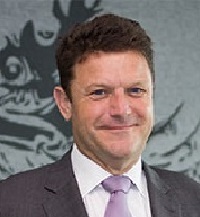 It comes a little over two weeks since CEO Rupert Hogg and his deputy, chief customer and commercial officer Paul Loo, said they were resigning amid continuing political unrest in Hong Kong (BTN 19 August).

Slosar said being the chairman of Cathay Pacific had been “the greatest of privileges” and he thanked the airline’s team for their support. He added: “They are at their best in challenging times, when their dedication really shines through.”

Healy said: “Despite current challenges, I am confident in the future of Hong Kong, and Cathay Pacific will remain fully committed to this great city as Asia’s key aviation hub.”

Along with his new job, Healy will also assume the role of chairman of Swire Coca-Cola and retain responsibility for the Swire Group’s worldwide beverages business.

Things go better with Coke, obviously, if you want to become CX chairman. John Slosar ran Swire’s beverage division, including Coca-Cola before taking over the reins at Cathay in 2007