BA strike still in the balance

Hopes of averting a series of strikes by pilots at British Airways were still alive last night (Sunday) after a further week of chaos at the airline as passengers sought to rebook flights likely to be affected. 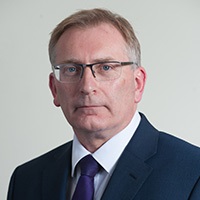 The drama brought the Civil Aviation Authority into the fray as it demanded clarification from BA over its flight cancellation procedures, including assurances it is complying with its obligations to consumers.

Pilots are still scheduled to strike on 9, 10 and 27 September after the airline lost a Court of Appeal bid to stop the action (BTN last week). BA said it was continuing to urge pilots union BALPA to return to talks and was “open to discussion”.

However, BALPA general secretary Brian Strutton said his side would re-enter talks only when BA indicated it would improve its pay offer, which stands at 11.5% over three years.

Caught up in the row is a new Channel 5 (UK) TV series, British Airways 24/7: Access All Areas, due to launch next Thursday, 5 September, and continue for the next three weeks, promising to go “behind the scenes to give an insight into BA today”.

(See also Ryanair faces down UK strike in this issue).