Up to 750 jobs are to be cut at Virgin Australia after the airline last week announced an AU$315m (£174m) loss for the 2018/19 financial year. It was the airline’s seventh consecutive year of losses, bringing the cumulative total to AU$1.9bn. 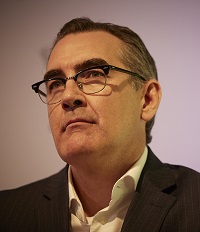 Most of the job losses are expected to come from Virgin Australia’s Brisbane head office and represent about one-third of all office roles. The move is expected to save AU$75m a year.

The 2018/19 loss was attributed to high fuel costs, foreign exchange costs, “subdued” market conditions and legacy costs incurred as the airline transitioned from a low-cost carrier to a full-service airline.

CEO Paul Scurrah said: “We are focused on getting the business into profit as soon as possible, which will take some further tough decisions. We do expect that we will make network changes … a withdrawal from a market, a reduction in frequency or a combination of both.”

If routes are cut, Virgin Australia Airbus A330 flights to Hong Kong, which started two years ago and have never made a profit, are believed to be most in danger in the face of competition from Qantas and Cathay Pacific.

However, the A330s could then be redeployed to the airline’s transcontinental route, which observers say would prove popular with frequent flyers.