Aviation returns to the Commons

In one of his first moves since being appointed, secretary of state for transport, Grant Shapps has added a new aviation minister to his team, sitting in the House of Commons. 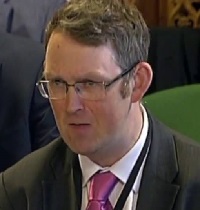 Paul Maynard was appointed Parliamentary under-secretary of state at the Department for Transport (DfT) last week with aviation, including Heathrow expansion, as one of his responsibilities.

A spokesman for the All-Party Parliamentary Group (APPG) on general aviation said: “In our opinion, this is a big change as it brings aviation back into the Commons, which is subject to a greater level of media scrutiny than the Lords.”

Maynard, who was previously Parliamentary under-secretary of state at the Ministry of Justice, was elected Conservative MP for Blackpool North and Cleveleys in May 2010 after working as a political adviser and speechwriter.

In addition to the aviation portfolio, he will have responsibility for Northern Powerhouse Rail, HS2, the TransPennine route upgrade, Crossrail and East West Rail.

I fear that if Mr Maynard has hot potatoes such as HS2, Northern Powerhouse Rail and Crossrail on his desk, aviation isn't going to get much of his time.