SWISS hits out at airport conditions 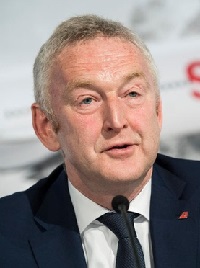 In a plea for more support for airlines, CEO Thomas Klühr said: “As the airline of Switzerland, we connect our home country with the world’s key economic, societal and tourist destinations.

“The increasingly difficult operating parameters at our Zurich hub do, however, pose a major challenge.”

Klühr said the “already highly restrictive” airport operating hours and the “growing burdens” of noise levies and other charges were increasingly threatening the stability of the airline’s flight operations.

“Any further tightening of the present restrictions would seriously endanger the range of destinations SWISS can offer. And this in turn would be critical to such an export-oriented nation,” he added.

The two further B777-300ERs are due to enter service in the first quarter of 2020. As a result of their arrival, SWISS says it will be adding two further destinations – Osaka and Washington DC – to its Zurich-based long-haul route network.

The airline is also planning to switch two existing destinations – Tokyo and Miami – to service with the aircraft, the largest in its long-haul fleet.