Warsaw and Gdansk (Poland), Budapest (Hungary) and Bucharest (Romania) are joining the Edinburgh Airport family of routes this winter after Wizz Air announced it was starting operations there from November. 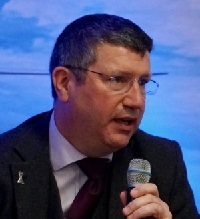 The airline says the new services will see an increase in capacity of 250,000 seats on its Scottish routes in 2020, creating more than 180 indirect jobs in the local Edinburgh area.

Wizz Air now operates seven routes from Scotland to major East European cities. This includes services between Aberdeen and Gdansk, and Glasgow to Budapest and Katowice, as well as the new Edinburgh routes.

The announcement also means Wizz Air now has 360,000 seats on sale on its Scottish routes, a 240% growth year on year. In total, the carrier’s low-fare network connects UK passengers on 102 routes in 27 countries across Europe and beyond.

Wizz Air UK managing director Owain Jones noted all routes including the new ones utilised a young fleet of ultra-efficient Airbus A320, A321 and A321neo aircraft, meaning Wizz Air emitted the lowest CO2 emissions per passenger among its competitors.

Edinburgh Airport chief executive Gordon Dewar said he was “delighted” to welcome the airline to Scotland and four new routes to the airport’s destinations map.