Slots are a problem

Angela Gittens has been director general of Airports Council International (ACI World) since 2008. She was previously CEO of both Miami and Atlanta airports.  In the UK, as Vice-President at TBI Airport Management, she oversaw the transition to private ownership of Luton Airport.  She has served on numerous aviation industry boards and committees. 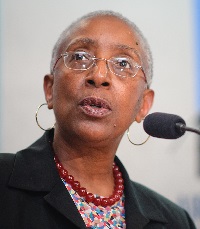 "One of the overriding challenges facing the aviation industry is how it can come together to meet the rising demand for air services sustainably.

ACI’s forecasts project global traffic will double by 2031, but many airports around the world are already congested, with demand exceeding the available capacity.

Congestion causes delays which lead to a deterioration in quality of service, passenger experience and environmental impact. It can also reduce competition, since it is difficult for new carriers to enter an already full airport.

To address today’s capacity constraints and to prepare to meet future growth, airports need to make the most of existing infrastructure while also planning new and improved infrastructure.

Physical infrastructure aside, the allocation of airport slots to airlines is of crucial importance in these efforts. Slot allocation policy at global level – incorporated in the Worldwide Slot Guidelines – has been defined and administered by airlines and slot coordinators for more than 40 years.

This reflected the make-up of the industry when the guidelines were first set in 1974. Airports and airlines were predominantly state-owned, and slots were considered a public asset too.

In a similar fashion to the development of airline business models, however, airports have evolved over the years and now play a much more dynamic and business-focused role in the aviation industry.

They have, therefore, a legitimate interest in making sure airport slots are used in the most efficient way possible. According to IATA, there are as of summer 2019 already 204 Level 3, or slot-coordinated airports and 141 Level 2 airports (the lesser congested, schedule managed airports with some peak congestion).

These numbers are expected to continue to grow in the future. IATA forecasts there could be 100 more coordinated airports in the next 10 years.

Since this situation clearly requires unprecedented levels of infrastructure development, the optimal use of existing resource is imperative.

This has been the driver of a reform of the governance of the Worldwide Slot Guidelines. These will soon be renamed Worldwide Airport Slot Guidelines (WASG) and will serve as a minimum common denominator for the aviation stakeholders to allocate airport slots.

I was pleased to co-sign this reform with IATA director general Alexandre de Juniac and the WWACG chairman Eric Herbane on 3 June in Seoul and I look forward to it being announced to states during the 40th ICAO Assembly in Montreal.

This new agreement on airport slots will have a transformative effect on a crucial component of the air transport industry and is a result of close collaboration between ACI and its global partners, IATA and the WWACG.

Our joint ambition is that the industry will be able to upgrade further the current slot allocation system and explore alternative methods to allocate slots through a permanent and equal dialogue between airports, airlines and slot coordinators.

Any future strategic reform led by the aviation industry will be based on a new set of objectives which give equal weight to the interests of airlines and airports so airport slots can be allocated to serve the consumer.

This change in perspective will help us to identify the most appropriate tools and procedures to ensure slots are allocated in a way that benefits all parties, especially the travelling public.

The new governance also states that, although the policies, principles and processes outlined in the WASG are intended as best practice for worldwide application, the aviation industry acknowledges that states – and/or regions – may establish their own regulations governing some of these issues.

In such cases, consultation and collaboration within the aviation industry to ensure that regulations meet their specific circumstances is envisaged.

As we begin this new era, there are several areas that will require further analysis, including specific criteria for super-congested airports, reviewing the minimum length of slot series, or introducing new or additional slot allocation criteria to promote more effective competition, for instance.

I look forward to ACI working with its global partners to explore these and many other topics as we seek common ground and solutions. Working in a collaborative way will ensure these new procedures will work for the travelling public and the aviation community at large".