Hertfordshire MP and private pilot's licence holder Grant Shapps has been named secretary of state for transport in Boris Johnson’s new Cabinet, taking over from Chris Grayling, who resigned last week. With the new appoinment Shapps has stood down as chair of the All Party Parliamentary Group (APPG) on General Aviation which he helped to found. 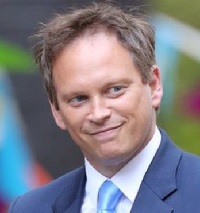 As well as his flying and being a regular train traveller, Shapps brings considerable political experience to his new role which he has gained since he was elected Conservative MP for Welwyn Hatfield in 2005.

He was appointed vice-chairman of the Conservative Party in 2005 before being made shadow housing minister in June 2007. After the 2010 election, he became minister of state for housing and local government.

Shapps was appointed to the Privy Council in June 2010 and in September 2012 was appointed co-chairman to the Conservative Party. At the same time he held the position of minister without portfolio at the Cabinet Office.