The company that owns Manchester, Stansted and East Midands airports was among those to welcome prime minister Boris Johnson’s pledge last week to build a new high-speed rail line between Manchester and Leeds. 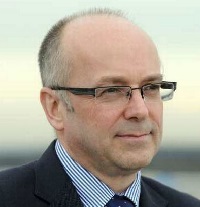 In his first speech outside Westminster as PM, Johnson said the new route would “turbo-charge” regional growth and prosperity. The development is projected to cut journey times significantly, from 1hr-plus on average to less than 30min, and provide extra capacity across the region.

The prime minister’s pledge is certain to revive speculation on the future of the £56bn HS2 project designed to link London, the Midlands and the North. Johnson said the full details of the Leeds – Manchester route would be published in the autumn following a promised review into HS2.

Airport company MAG chief executive Charlie Cornish said: “The prime minister’s commitment to build a new rail line between Manchester and Leeds is an important and welcome step towards the creation of Northern Powerhouse Rail.

“As well as improving connectivity across the North, the full Northern Powerhouse Rail route will make it easier and quicker for people to get to Manchester Airport, which will strengthen global connectivity and international trade links from the North.”

If this Leeds-Manchester line is only going to a be a non-stop route between those cities then its value is limited because the majority of the traffic on the existing two lines is travelling between towns on the route. Furthermore it would weaken the economic prospects of those towns by, again, putting all the emphasis on the cities. Manchester is already well overdeveloped in comparison to the towns to its east and north and I dare say the same is true in Leeds and the towns to the west and south.