The latest wrangle in the dispute between British Airways and pilots’ union the British Airline Pilots Association (BALPA) could be resolved as early as tomorrow (Tuesday) after the airline decided to appeal against a High Court decision last week that BALPA’s strike ballot was fair and legal. 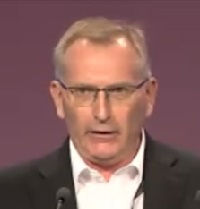 The BA case is likely to be heard by the Court of Appeal (Civil Division). If the airline loses and BALPA initiates the 14 days’ notice of strike action the law provides for, BA pilots could take action on 12 or 13 August.

The dispute flared up last week after BALPA said a strike ballot of members in BA over a pay dispute had closed with a 93% vote in favour of industrial action on a 90% turnout.

General secretary Brian Strutton said: “We have tried to resolve this matter through negotiation starting last November – it is BA who has regrettably chosen to drag this out into the summer months.

“BA is making massive profits as a result of the hard work and dedication of staff. Thankfully BA is no longer in a fight for survival so, like the airline’s senior managers and directors, pilots deserve a small fraction of that profit via, for instance, a profit share scheme.”