The US Department of Transportation (DOT) has given final approval for American Airlines and Qantas to operate a joint venture allowing them to coordinate planning, pricing, sales and frequent flyer programmes. 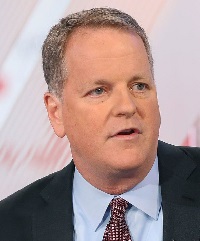 It is the first completed review of an airline joint venture proposal during the Trump administration. A previous application covering the US, Australia and New Zealand was rejected in November 2016 by the Obama government.

Under the approved deal, American and Qantas, both members of the oneworld alliance, say they are planning up to three new routes within the first two years as well as increased capacity on existing services.

US regulators approved similar joint venture agreements in 2001 for United Airlines and Air New Zealand and in 2011 for Delta Air Lines and Virgin Australia. American and Qantas had threatened to cancel services if their plan was rejected again.

American Airlines chief executive Doug Parker said last month the new joint venture would create new jobs in the airlines and industries, while both carriers said previously it could “unlock” up to $310m annually in consumer benefits.

The DOT is requiring American and Qantas to perform a self-assessment of the venture’s impact on competition seven years after it takes effect and report their findings to the government.