Marking its first full year after dropping code-share partner Flybe, and reverting to "Scotland's Airline" brand, Loganair last week reported a pre-tax profit of £1.01m for the 12 months ended 31 March with a record turnover of £119.8m, 8.3% up on the previous year's £110.6m. 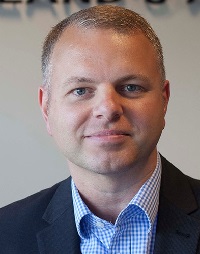 The profit came after non-recurring costs of £3.1m related to introducing Embraer jets and the associated “significant expansion” of Loganair’s fleet to 43 aircraft during the first quarter of this year.

Loganair, now the UK’s fifth largest airline by number of flights operated, said the results were “a welcome return to the black” after the previous year's loss.

This was due to the break-up of Loganair’s franchise agreement with Flybe and what Loganair labelled “subsequent damaging and unsustainable competition” on key routes from its previous partner.

There was good news and bad news in February this year with the collapse of sister company bmi Regional and Loganair recruited 140 of its pilots, cabin crew and engineers and expanded the fleet by acquiring many of its Embraers, whose increased range has facilitated further growth.

Managing director Jonathan Hinkles said: "We have every reason to be proud of our achievements in the past year, growing our routes in the UK and Europe, expanding staff numbers and expanding our fleet.”