In what is claimed to be the biggest timetable change on the network since 1976, South Wales train services are being transformed from December as Great Western Railway (GWR) brings in major changes to offer faster journeys. 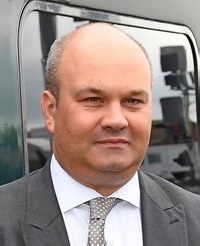 The company says it is taking advantage of infrastructure improvements to run its Intercity Express Trains (IETs) to a fully-electric timetable between Cardiff and London for the first time. The move will also mean more frequent services.

GWR said the development “unlocks the full potential of the IETs’ modern technology and improved acceleration”, allowing typical journey times on the twice-hourly Cardiff – London service to be shortened by 14min to 1hr 53min.

A new, super-fast third hourly service will operate at the busiest times of day, running non-stop between Bristol Parkway and Paddington and allowing customers to travel from capital to capital in 1hr 42min – 17min faster than is possible today.

The full timetable is expected to come into effect on 15 December, subject to final industry approval including from Network Rail. It is expected to be published on 15 September.

GWR managing director Mark Hopwood said: “In providing more frequent and quicker journeys, our new timetable will quite literally mean ‘all change please’ for most users and we look forward to publishing further details soon.”