An independent alternative proposal for expanding Heathrow via an extension to the existing Northern Runway rather than the government’s solution of a third runway has been given leave to appeal against the official plan. 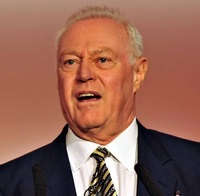 Backers of the alternative proposal, known as Heathrow Hub, were granted permission by the Court of Appeal last week to challenge the High Court judgement of 1 May on the expansion.

This refused to quash the government’s decision to proceed with Heathrow Airport Ltd’s North West Runway by way of the Airports National Policy Statement. The Heathrow Hub hearing is scheduled to begin on 21 October.

In its decision, the Court of Appeal noted the “considerable importance of the issue raised” and “accepted the applicants’ grounds of appeal are properly arguable”. Heathrow Hub director Jock Lowe said: “We are delighted.”

He added: “We didn’t agree with the previous Judgement handed down on 1 May, which was legally flawed, at odds with the evidence the court itself heard and gave us strong grounds to appeal.

“We continue to believe that the Department for Transport bungled the decision-making process for Heathrow expansion. Our Extended Runway proposal is cheaper, quieter, simpler and greener to build than Heathrow’s North West Runway.”

It is probably right that whatever benefits or otherwise the Heathrow Hub may offer should have a fair hearing, however, the time and cost of dealing with such matters in the UK via the courts remain a problem and puts UK PLC at a serious disadvantage to our competitors. It is beyond time that DfT got a grip, took Heathrow Hub serously, mediated, then all parties stuck to the outcome and got on with expanding Heathrow, at long last!