The chairman of the High Speed 2 rail project has reportedly warned that its cost could rise by £30bn. 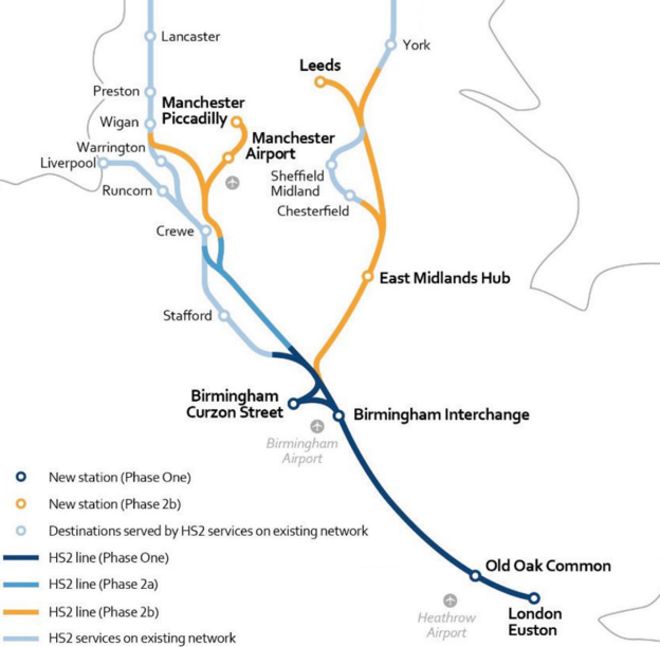 According to the Financial Times HS2 chairman Allan Cook has written to the Department for Transport saying the high-speed line cannot be delivered within its £56bn budget.

The line will connect London, the Midlands and northern England using trains capable of travelling at 250mph.

"The chairman of HS2 Ltd is conducting detailed work into the costs and schedule of the project to ensure it delivers benefits to passengers, the economy and represents value for money for the taxpayer," the DfT said in a statement.

An HS2 spokesperson said: "We don't comment on leaks or speculation.

"We have previously noted that our chair, as you would expect, continues to scrutinise the programme, and regularly reports back to the Department [for Transport].

"We are determined to deliver a railway that rebalances the economy, creates jobs, boosts economic growth and is value for money for taxpayers."

On a typical longer journey, say London to Manchester, HS2 will half the travel time bringing it down from 127min to 67min.

Mr Cook was appointed to head HS2 in December 2018 after his predecessor, Sir Terry Morgan, resigned because of delays at the Crossrail project in London which he was also leading.