Additional take-off and landing slots released by the opening of Heathrow’s proposed third runway should be auctioned, says the Competition and Markets Authority (CMA). The move would benefit passengers, business and the economy, it adds. 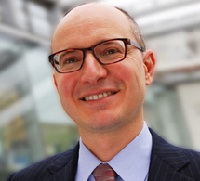 The UK's competition watchdog says: "Giving more airlines the chance to offer flights by reforming how slots are allocated could lead to passengers having a greater choice of airlines when they fly.”

In a response to the Department for Transport’s (DfT) Green Paper 'Aviation 2015 – the future of UK aviation', it adds the move could lead to lower fares, better service and better value, a matter of “particular significance” when new capacity is released.

The authority, whose chief executive is Andrea Coscelli, says the current allocation system is 'inherently flawed', with only a few slots becoming available to be released for each flying season, resulting in restricted competition.

The additional slots when the new runway opens should be made available via what the CMA describes as “a well-designed auction”, with airlines paying an upfront fee for the ones they wanted.

The CMA said it also supported the DfT's proposed passenger charter but it should be mandatory rather than voluntary. This would mean customers would have the same protections whichever airline or airport they chose.