First man on the moon

Next Saturday (20 July) sees the 50th anniversary of Apollo 11's Eagle lunar module landing on the moon, followed by Neil Armstrong and Buzz Aldrin’s walk on the surface. "That's one small step for man, one giant leap for mankind." 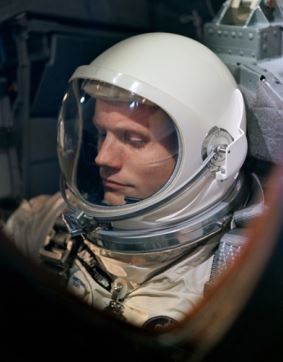 Released on Friday is “Armstrong” with a voice over by Harrison Ford but biased in that Aldrin, the lunar module pilot, hardly gets a mention at all, likewise the spaceships commander’s second wife Carol (1994 until his death in 2012) is uninvolved with Janet (1956-1994) playing a major role.  It’s a documentary in the same style as “Senna” fails to grip, but is worthwhile seeing, telling an unforgettable story.

For the record there were six crewed US landings (between 1969 and 1972) and whilst the Russians have set down a module on the dark side they have never attempted to put a man on the moon.

BBC’s “8 Days: to the Moon and Back” (available on iPlayer) features the actual audio tapes integrated with filming made at the time, and studio reconstruction of the spacecraft.  Also now on general release is “Apollo 11” with stunning dramatic original 70mm film and previously-unheard audio recordings.  It’s ultra sharp big screen perfect with an electronic score in the Vangelis mood.

If you are really into Armstrong try Damien Chazelle's attempt to portray the astronaut (First Man – 2018) with Ryan Gosling in the lead.

Any reason that the second wife should have been involved? Above it mentions they were married between 1994 and 2012 so not until 25 years after the lunar landing. Wouldn't think there would be a significant amount of involvement for her? Agree Buzz Aldrin should probably always get more of a mention.