Flights between Abu Dhabi and two major Chinese cities, Shanghai and Chengdu, plus services to Seoul all won upgrades from Etihad last week as the airline introduced larger aircraft to accommodate growing demand. 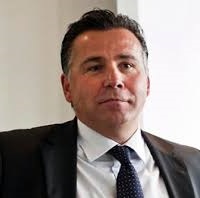 Shanghai and Chengdu will now be served by next-generation Boeing B787 Dreamliners, while the Seoul route has been boosted from a Dreamliner to an Airbus A380 “superjumbo”.

Seoul sees the biggest boost. The South Korean capital, with a population approaching 10m, has been upgraded by Etihad from the B787-10 to the 494-seat Airbus A380, a 47% increase.

With the Shanghai and Chengdu upgrades, Etihad now operates Dreamliners to all four of its China gateways, having introduced the aircraft Hong Kong and Beijing earlier this year.

Dreamliners have also been deployed to London and Rome, with Frankfurt, Milan, Dublin, Johannesburg and Lagos to come.