Work on Beijing's new multi-billion dollar airport, Daxing, has been completed ahead of schedule and the facility is set to be inaugurated on 30 September, heralding the 70th anniversary of the foundation of the People's Republic of China on 1 October.

Officials say Beijing Daxing International (below) will be operating with four runways at full capacity of 72m passengers by 2025.

A total of seven runways and a second terminal are planned for the future to accommodate 880,000 flights and 100m passengers by 2040, which at current projections will make Daxing the world’s biggest airport.

Daxing is about 46km (28.5mi) south of the centre of Beijing and will be linked to the city by a new subway line, which is due to undergo a test run in September. The new facility is also 65km (40mi) from Beijing International Airport. 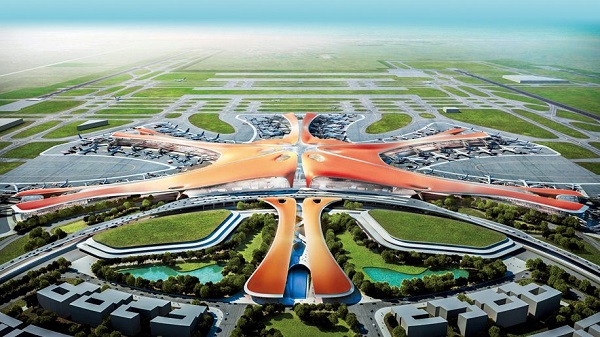