ON TOUR: Tea for two

Afternoon tea, that most quintessential of English customs, is perhaps surprisingly a relatively new tradition. While the custom of drinking tea dates back to the third millennium BC in China and was popularised in England during the 1660s by Charles II and his wife, the Portuguese Infanta Catherine de Braganza, it was not until the mid-19th century that the concept of "afternoon tea" first appeared. 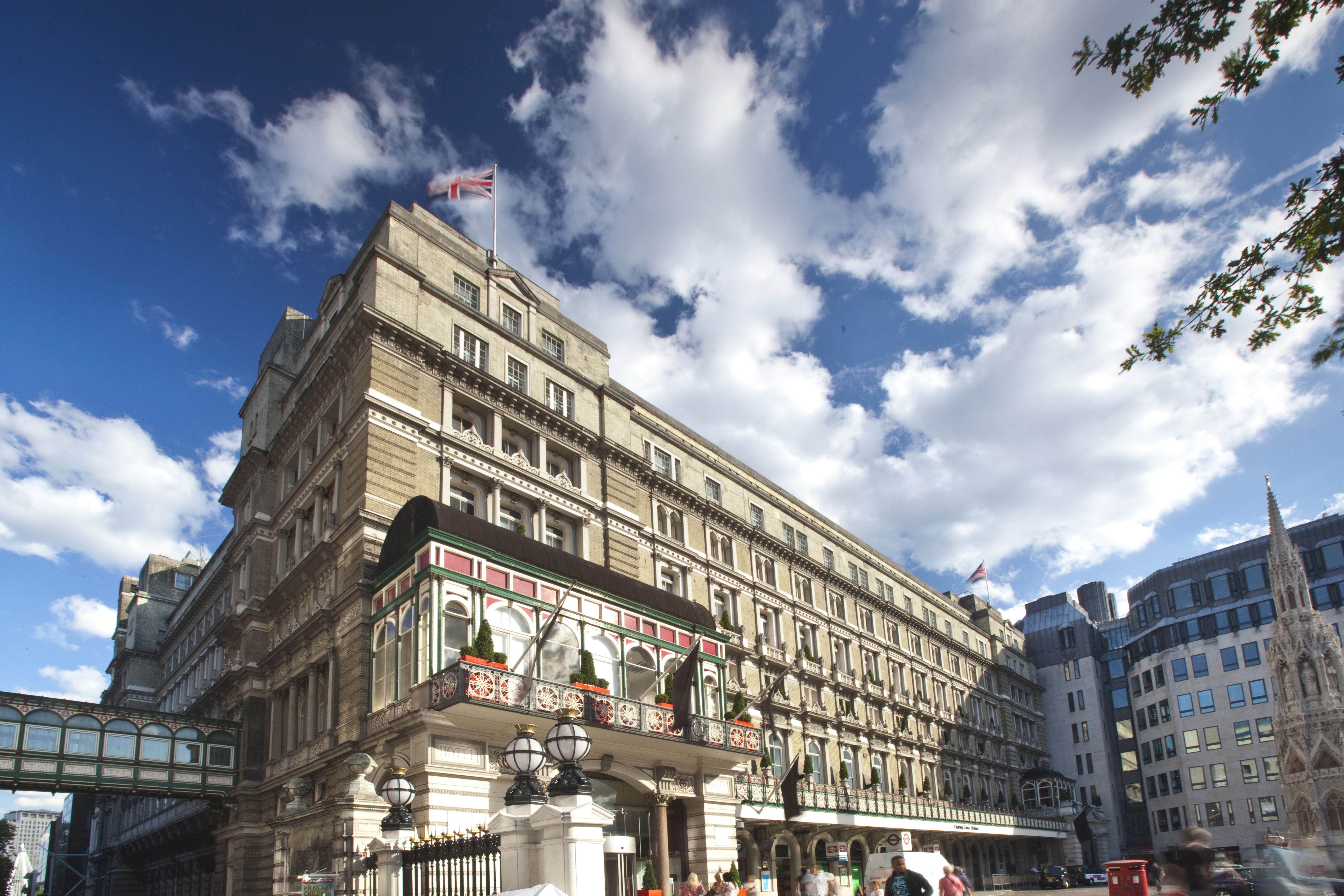 In 1840, it was introduced in England by Anna, the seventh Duchess of Bedford. She would become hungry around four o’clock in the afternoon. The evening meal in her household was served fashionably late at eight o’clock, thus leaving a long period of time between lunch and dinner. The duchess asked that a tray of tea, bread and butter and cake be brought to her room during the late afternoon. This became a habit of hers and she began inviting friends to join her.

One hundred years earlier, the then-Earl of Sandwich came up with the idea of placing salt beef between two slices of bread. It is not an east European delicacy.

This pause for tea became a fashionable social event. During the 1880s, upper-class and society women would change into long gowns, gloves and hats for their afternoon tea, usually served in the drawing room between four and five o’clock.

Afternoon tea was always fashionable and Cunard makes a particular fuss of it on Mary 2. London hotels have made it part of their repertoire, The Ritz perhaps the best. 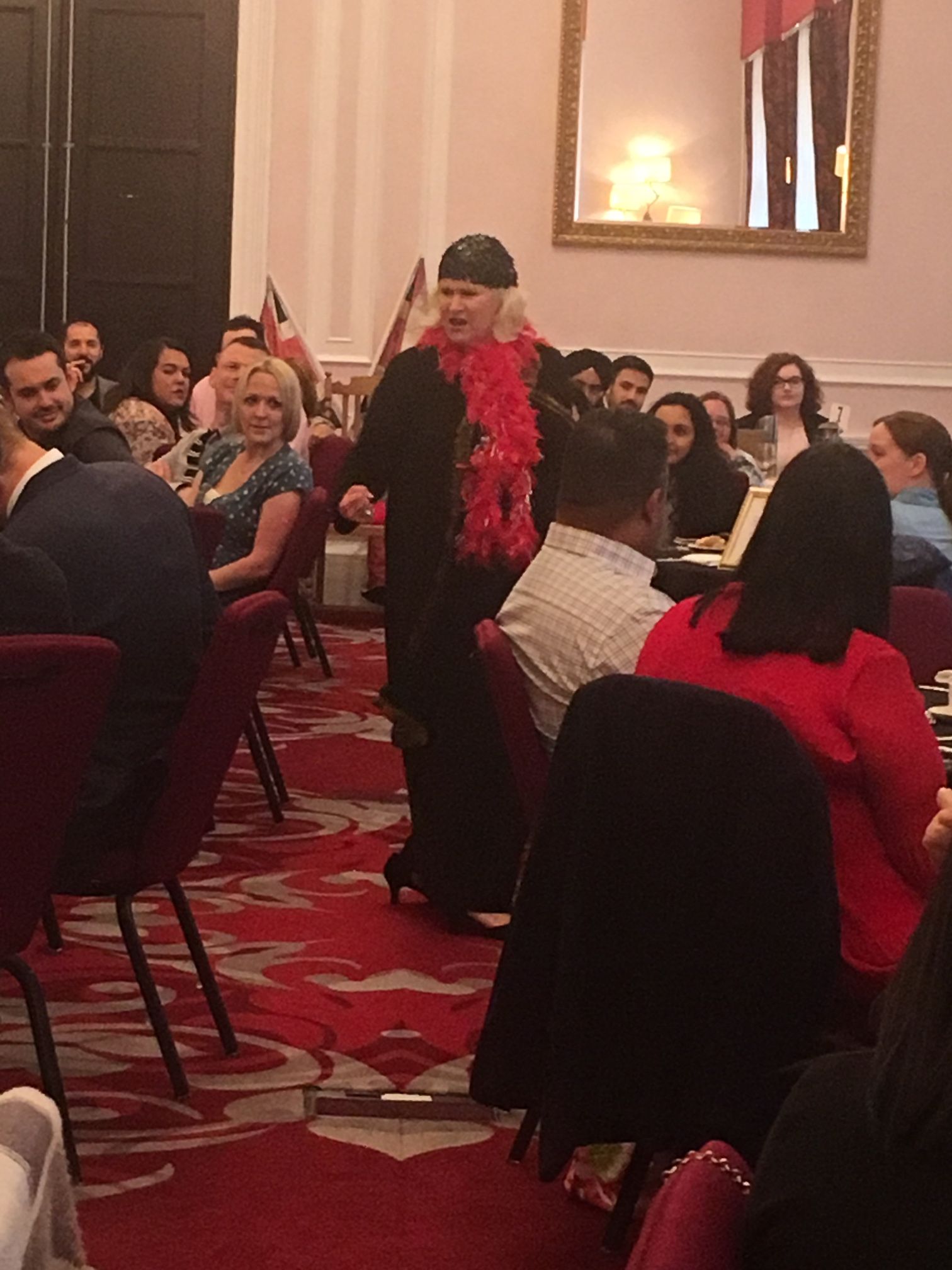 In any event, BTN was invited to a “Right Royale Tea” at the very nicely rejuvenated Amba (formerly Charing Cross) Hotel for what is best described as a hilarious romp, being the latest in a relatively new theatre genre – immersive comedy dining. It’s a most enjoyable Sunday afternoon outing.

A Right Royale Tea showcases the lives of a fictitious aristocratic family who are broke. The gags start from the drinks reception.

“The plumbing is a drain on our resources”, says Lord Right, the diminutive owner of Crawley House. “The electrics are shocking”, he tells her ladyship, who is more interested in gin, although she can sing with a fine rendition of O mio babbino caro by Puccini followed by Rule Britannia with flag-waving by the "guests" to conclude the proceedings.

The audience is part of the show – actors mingle and interact with the diners, with each portraying a character as the story unfolds. Some of the performance is improvised, drawing from topical events and audience participation, with the remaining following a scripted narrative.

The cast includes Giselle Summers as Lady Right and Jason Taylor as Lord Right, Chloe Brown as maid/daughter, Bruce McIntosh as Richard the Lawyer and Carl Christopher, who plays Patrick the Butler.

Performances take place every Sunday afternoon from 14:30 until 17:00 throughout the summer. Tickets cost £69.95 per adult, £59.95 for children under 12 and £64.95 student and senior citizen concessions, with an option to upgrade to the prosecco package at £77.50 per adult. It all takes place during afternoon tea including sandwiches, scones and cakes.  Vegetarians please advise in advance.