The following feature article appeared in the London Evening Standard on Wednesday, 19 June. 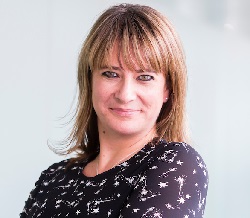 Emma Gilthorpe is Heathrow’s executive director for expansion. Before joining the airport, she held senior positions within the telecoms industry, latterly as group director of industry policy and regulation with the BT Group plc. She is a qualified barrister, called to the Bar in 1996, and holds a degree in Law and Marketing.

In September 2012, three years after I joined Heathrow, the Airports Commission was set up. It examined the future of UK aviation, looking at the hub capacity Britain would need and which airport was best placed to expand.

Today, almost seven years on, Heathrow is unveiling its masterplan. It has been developed after years of consultation with local communities, scrutiny from the Airports Commission and with the support of 415 MPs who voted last year to expand Heathrow.

We’ve always promised that expanding Heathrow would create thousands of jobs and connect London businesses to new global markets. But we’ve also promised that expansion doesn’t have to be a choice between the economy and the environment — it can deliver benefits for both. There are sceptics who doubt this promise, but today you can see how we aim to deliver that.

We know some people will lose their homes. We wish there was a way to expand without the need to acquire properties and we’ve designed our plans to minimise the amount of land required. Our compensation scheme goes beyond the legal requirements — including a 25% home-loss payment on top of the open-market value of the property, as well as stamp duty, legal fees and moving costs. We’ve also extended the scheme to those whose properties we don’t need but who will be living near the new boundary of the airport and who may want to sell.

And we’ll go further. We will introduce a ban on scheduled night flights for six and a half hours every night. Combined with new respite measures, we’ll be able to guarantee for the first time that every community around the airport can expect at least seven hours of quiet between 22:00 and 07:00 each night. For those nearest the airport, we’ve set aside £700m to insulate properties.

We’re serious about tackling carbon — we’re working hard to make Heathrow’s airport infrastructure zero-carbon as quickly as possible. We recognise that the aviation industry will need to change the way it operates. That’s why we welcomed the Government’s plan to decarbonise the UK’s economy by 2050. We will use our position to influence the wider industry, and we’ll promote sustainable biofuels and investment in electric aircraft technology.

The Airports Commission and the Government have agreed that expanding Heathrow can be done within strict environmental limits. The consultation shows how we will do it — and we invite everyone to have their say.